Ik alleen, heb meer herinneringen
Strange colors, shapes and shadows strain against the semitransparent surface of Maxime Brigou’s sculptures (Roeselare, 1992), as if attempting to break through. The exhibition Ik alleen, heb meer herinneringen (I, alone, have more memories) is made up of a new series of work that brings Brigou’s fascination with time into being. Depending on the time of day, the images are constantly shape-shifting, from seemingly flat to immeasurably deep. In daylight, the sculptures reflect the hours as they first flash by and then stretch endlessly – regardless, in a state of flux.

Fragments
The title Ik alleen, heb meer herinneringen loosely refers to the many forms that Brigou’s sculptures can adopt. It can also allude to how artists look at and take in the world around them. An enormous collection of stored impressions and fragments of memories form a visual pool from which can be fished to make work. Brigou: “Because I’ve developed this way of looking and analysing, it sometimes takes a while to process everything, to return to myself. I need a lot of time alone to wade through my thoughts. The result of that process is that new work is made up of these glimpses of things that I once saw or tried to remember. The remnants of these images are probably affected by the passage of time or other memories. In this way, they become completely new images that have little to do with what I ‘actually’ saw.” For Brigou Ik alleen, heb meer herinneringen is also concerned with the need that humans have to create structure, categorise and contextualise in order to deal with the many sensations and images that inundate us daily. We create an archive of unimportant details to then forget them. Brigou: “The uselessness of this act really speaks to me: from seeing and storing an image, to archiving it in order to forget.”

Balancing act
Unpredictability, impulsivity and intuition are at the core of Brigou’s artistic practice. When the artist is working, everything around her disappears; only the material exists for her in that moment. The search for suitable forms begins by switching off rationality. Without sketching or otherwise preparing, she begins, balancing on the thin line between order and chaos, the material leading the way. Rubble from old work, canvas, plastic and thick layers of oil paint: Brigou constructs her sculptures with a range of materials that she collects in her atelier. She describes a process that can be radical and sometimes cross her own boundaries: “you need to be prepared to saw an artwork in half when, despite being a good composition, it doesn’t have a story to tell.”

Although Brigou is focused on the creation of sculptures and installations, her past as a painter can be seen in the distinctive steel frames and her use of painterly techniques and materials. She has always had a love-hate relationship with the space surrounding a sculpture. By working with a frame, Brigou creates boundaries within which she can freely operate, leaving the rest of the world behind. Though already experimenting with texture, light and spatiality on two-dimensional surfaces, when the artist began working with sculpture she was able to escape the limitations of painting. Brigou now uses layers of oil paint to develop three-dimensional structures. By using classic techniques like chiaroscuro, the changing light creates a dramatic effect: though the works are only about two centimeters thick, they appear to contain enormous angular objects or mountainous landscapes of unfathomable magnitude.

Time
All of the works on display at de Brakke Grond were made in the past year; a year in which we were all forced to come to a halt. Time seemed to follow none of the usual rules: sometimes cruel and infinite on days that dragged on, and then flying by absurdly quickly in our fixation on the future. This game of time is a key component of Brigou’s artistic practice. The French term Coup d’oeil, as the sculptures are titled, is difficult to translate. It describes something like a glance or a glimpse, and denotes the time-space of the works, fleeting and shifting, only ever a glimmer of the whole. The works can’t be experienced as the sum of their parts; what they disclose of themselves depends on the movement of the viewer in relation to the light. Something will always elude your gaze. The sculptures invite the viewer to careful inspection: the longer you are able to stay in stillness, the more you’ll see. 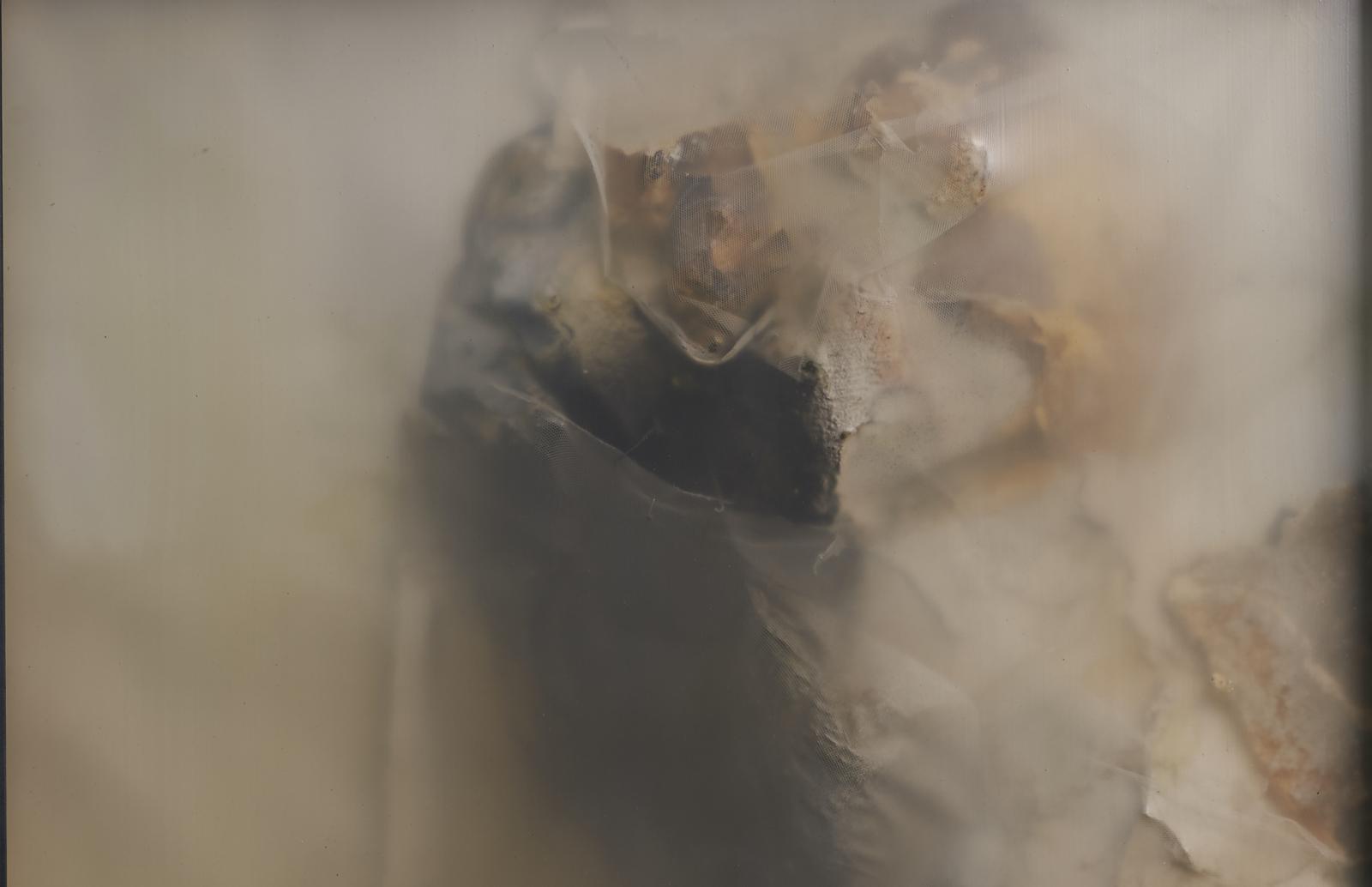 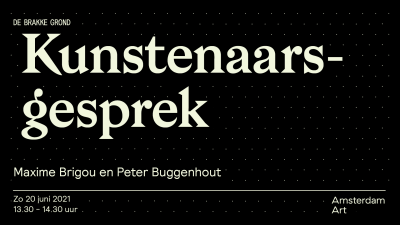