Online expo
These three works can be visited through the Beyond the Black Box-streamingpage, which you get access to after purchasing a dayticket.

Between Us : A Number of Contradictions, Ignorances and Oddities

On 3 August 2018, Kim Snauwaert and Anyuta Wiazemsky were married in Ghent’s City Hall. One of the motivations behind the marriage was to obtain a residence permit, but the main reason was their intention to enter into a long-term life partnership. But what exactly does ‘a long-term life partnership’ mean? When, in 2018, the couple made the decision to marry, they decided to carefully record every step in the process, from the proposal to the honeymoon (which at the time of writing is yet to take place). This way of working, which for Kim and Anyuta is both day-to-day reality and artistic practice, has resulted in many different forms of presentation. The production A Number of Contradictions, Ignorances and Oddities by artist duo Anyuta Wiazemsky-Snauwaert and Kim Snauwaert looks back on the process they have been through together in recent years. For this edition of Beyond The Black Box, they are approaching their production – which is nearing completion, but cannot be premièred due to the current situation – as a digital publication. This gives us an insight into their lives as a married, cohabiting couple, as well as into how they work together to translate their life partnership into an artistic production.

In this durational video performance, Anyuta W. Snauwaert and Kim Snauwaert sketch out an ambiguous impression of their position as a female artist and performer within a contemporary feminist context.

Framing is a luxury of the outside eye

Artist duo Kim Snauwaert and Anyuta Wiazemsky Snauwaert give us a personal glimpse into their life as a married couple. During the first period of quarantine, they recorded a series of short conversations in their house, garden or around the kitchen table. Meandering through themes including marriage, Russian techniques for preserving food, sexuality and motherhood, they allow the mundane and the timeless to flow together. 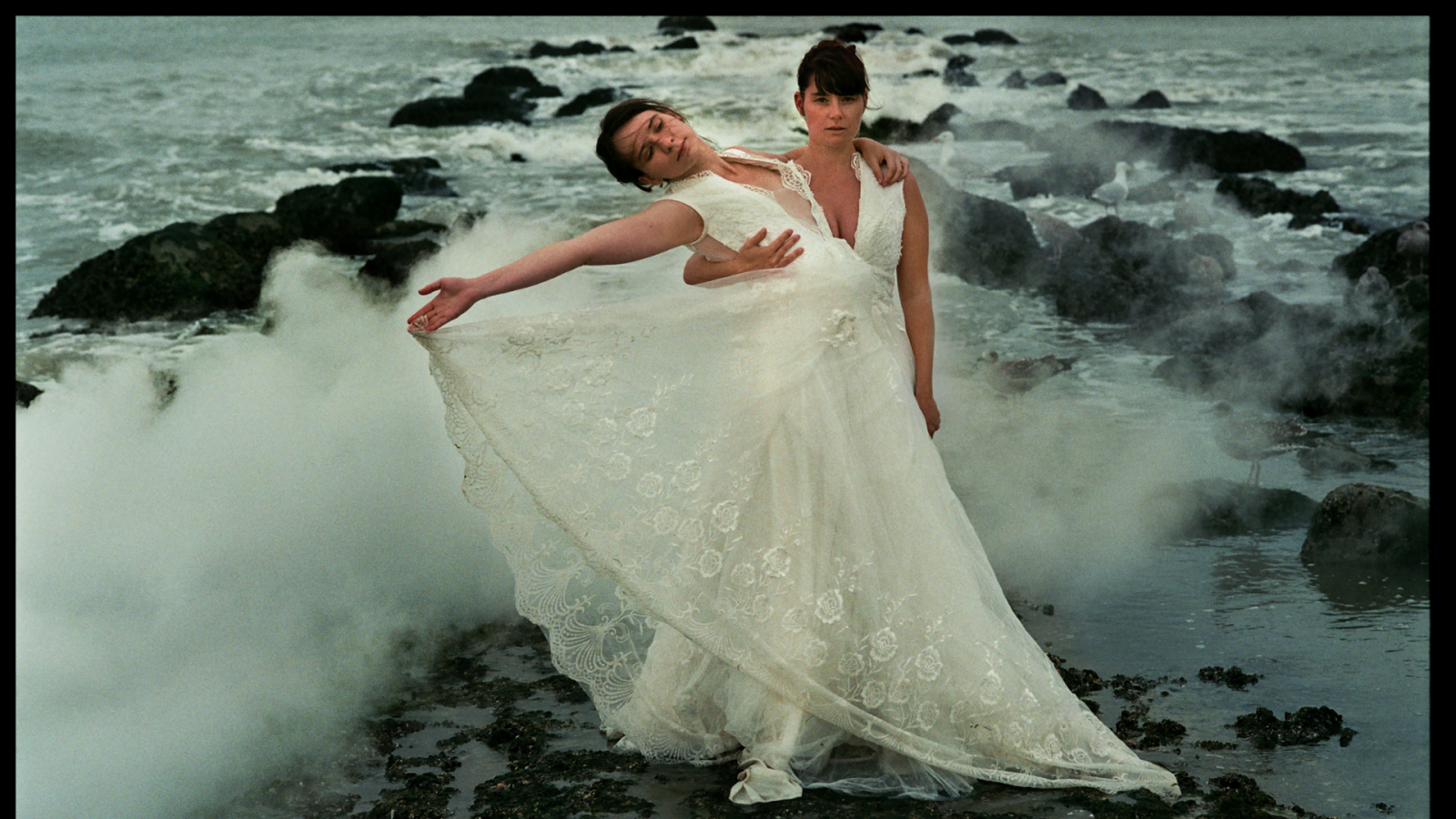 Between Us : A Number of Contradictions, Ignorances and Oddities

Framing is a luxury of the outside eye

Beyond the Black Box

Dit programma is onderdeel van Beyond the Black Box.