.tiff not only identifies talented photographers living and working in Belgium; it also actively supports them. After its presentation at FOMU (Antwerp) this past summer, the 2022 exhibition travels on to de Brakke Grond. Curator Kaat Somers explains how these talents were chosen.

Kaat Somers, registrar at FOMU and curator of .tiff 2022: “De Brakke Grond has shown works by .tiffers in the past, but this year is the first time for the selection to be shown as a full-fledged group exhibition there. After all, it is the anniversary edition of a program that has been running for 10 years now. We also seized that opportunity to think about how to innovate .tiff. A lot has happened over the past years: at first there was only a poster magazine; the exhibitions were added in recent years. From next year onwards .tiff will get a new look. In fact, this year is the last in a row of ten. The next edition will be a rebirth of sorts, a reinvention. But first we will have a festive presentation at de Brakke Grond of this final chapter.”

More information about the exhibition

A reflection of Belgian photography

Notably, this edition features a relatively large proportion of photographers who have their roots (partly) outside of Western Europe or even outside of this continent. “That diversity truly reflects the Belgian photography world. Every year we invite various experts, such as curators, professors and photographers, who can each nominate a young talent. They may put forward three people from the field of photography, whom they believe should benefit from the program. FOMU then selects ten photographers living or working in Belgium on that basis. So there already is a beginning network that we enhance through .tiff. We connect the .tiffers with gallerists, collectors, curators, publishers and so forth.” In this light it is also convenient that the opening falls within the duration of the Unseen photo fair, and a special meeting has been created at the Brakke Grond for professionals visiting the fair.

Connections with current events are also a possible criterion. Somers observes that not a single work is fully abstract this year; aesthetics and engagement are equally important. “That doesn't mean we only view social photography, but the projects must be anchored in the present. Each of the photographers touches on this in a certain way. Some of them are very ecologically conscious. Sometimes photography can just be playful, but it’s a nice bonus if there is more underneath that. The work in black and white by Seppe Vancraywinkel is a great example of this. It fits the shifting perspectives on masculinity.”

A number of photographers have migrant backgrounds that influence their work. “Turkish and Genk-based photographer Gülsah Ayla Barak examines contradictions between West and East through experimental, intuitive images and installations. Rami Hara fights stereotyped perceptions about the African diaspora: his models appear glamorous and confident on camera. Ligia Popławska illustrates how your own private climate change will take place when you lose one of your senses. Ecology is the main theme for Alice Pallot, despite the somewhat abstract first impression of her work: somewhere between reality and a science fiction film.”

Alice Pallot, SUILLUS, Looking at the sun with closed eyelids, 2020.

Reflections on the medium

All participants reflect on the medium of photography in their own ways. This does not even necessarily involve having one’s own camera. Somers again mentions several .tiffers: “Emile Rubino makes rather daring and humorous photographs. He chose test photos from his student days, of which he now says: this is art. He challenges the museum through that meta-perspective. Lars Duchateau deliberately opts for slow photography, by very precisely taking photos on location for newspaper articles that originally appeared without news photos. Among this group, he could be the one who spends most consideration on deciding exactly how to picture something.”

With a title like In Camera, there can be no doubt that Arian Christiaens questions her own position regarding the medium. “Showing the family archive of her father and herself allows her to articulate not only her view as a photographer, but also as a lover, mother, wife. Barbara Debeuckelaere, in conclusion, created photos in Romania that are inspired by Dallas, the American soap opera. The story really came from her models, who were fans of the series. She was very involved with these people and their stories.” Throughout .tiff 2022, it often shows that social engagement and reflections on the medium itself can go hand in hand. 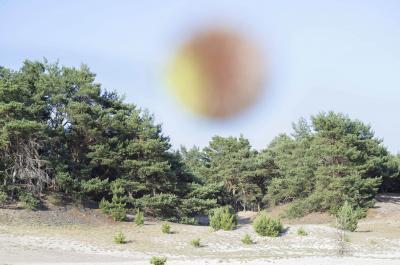