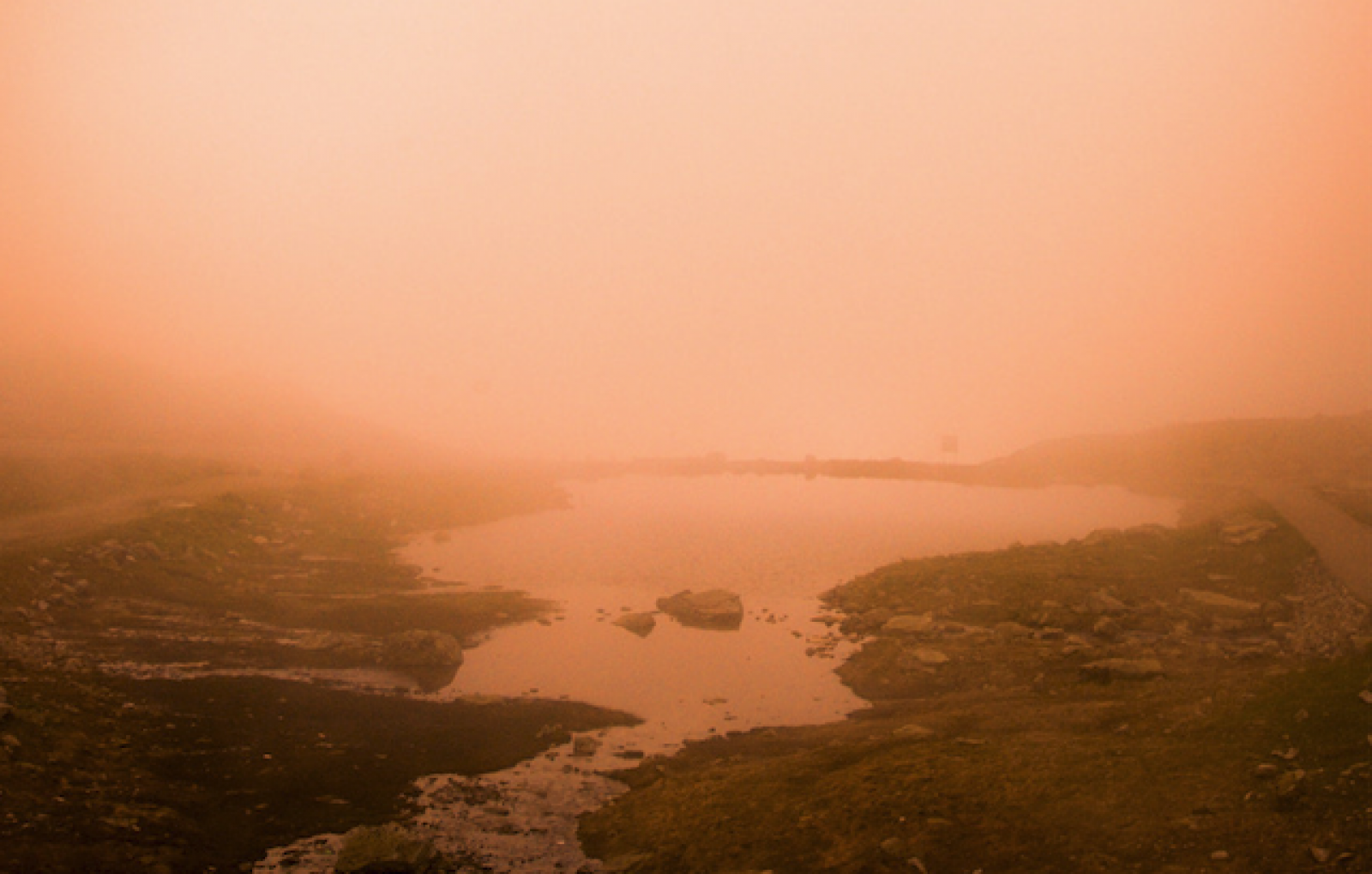 The second day of On Enclosed Space and the Great Outdoors – 3. Haunted Scenes, Decolonial Ecologies will be hosted on Sunday 1 March by DAS Theatre in the form of a public reflection, from 11:00 – 15:00 including brunch. Next to the DAS students, the event will be free for all people who have a ticket for the event on February 29th. The aim is to provide space for further reflection and exchange among the conference guests, audience and students. A contribution of €5 will be asked at the door for the brunch.

As part of the curriculum and in line with the conference, David and Jeroen will also mentor a four week block at DAS Theatre titled On Enclosed Spaces and the Great Outdoors: Landscapes of the Cenes. Which images, objects, gestures and speech acts do we imagine part of the ecological crisis invading or haunting the theatre, turning it into a landscape and an emergent ecosystem? The audience can visit the public presentation of the score Landscapes of the Cenes on Wednesday 4 March, 17.00 - 22.00 at DAS Theatre.

Programme (in order of appearance)

David Weber-Krebs – The Actual Event
Let’s imagine people waiting in the foyer of a theatre. They are waiting for the door to open. It opens and they enter the theatre. When everybody is inside the door is closed behind them. There is no tribune. No stage. It is an enclosed space and what people share there is air. The air that was there before they entered, air that now mingles with the air that all of them have carried inside. A fragile balance comes into being. Something seems to be at stake here. In this lecture-performance David Weber-Krebs analyses what happens when strangers gather in spaces. How does their mere presence change this place? What happens before, after or during the actual event they are due to participate in?

Kristof van Baarle – The Trouble with the End: What Remains After Theatre?
I would like to talk about the final scene in works that deal with end. How to end a performance about end, or an artwork that precisely performs a process of ending? In this lecture, I will draw from concrete experiences as a dramaturge and connect these to larger ecological and philosophical questions about extinction, end times, death, nothingness and absence. What remains in the theatre when the last human has left, when the show is over?

Gilles Laurent – Return to the Territory
Made in parallel to the documentary La terre abandonnée in 2015 by the Belgian sound engineer and documentary filmmaker Gilles Laurent (1969-2016), this short film focuses on the deserted Zone around the Fukushima power station. In 2011, the evacuated area was a semi-circular strip of land with a radius of 30km, drawn with a sweep of the compass by the Ministry of Economy, Trade and Industry, and covering approximately 1,500 km². It had been partially destroyed by the earthquake and ravaged along its coast by the tsunami. From being a small Paradise on Earth, caught between the sea and the mountains, brimming with rivers and meadows, and formerly known as Tokyo’s ‘vegetable garden’, this region had become a land contaminated with radioactivity.

Denis Côté – Bestiaire [excerpt]
Along the rhythm of the seasons, beasts and humans regard each other. The film Bestiaire (2012) by the Canadian filmmaker Denis Côté unfolds like a filmic picture book about mutual observation, about peculiar perception. A contemplation of a stable imbalance, and of loose, tranquil and indefinable elements.

Malcom Ferdinand – A Decolonial Ecology: Voices from the Hold of Modernity
Behind its claim of universality, environmental thought was built on the occultation of the colonial, patriarchal and slavery foundations of modernity. Drawing upon his recently published book A Decolonial Ecology: Thinking of Ecology from the Caribbean World (in French), Dr Malcom Ferdinand will stage the perspectives and voices of those who have been silenced, uprooted and cast out of the world. Through theory and spoken word, he suggests a path of justice and dignity out of the ecological crisis that point to the horizon of a common world.

Maria Thereza Alves – Seeds of Change
Seeds of Change studies colonialism, slavery, global migration and commodification through the lens of displaced plants in ballast – a waste material historically used to balance sailing ships in maritime trade. Dumped in ports at the end of voyages as the ships took on more cargo, ballast often carried ‘dormant’ seeds collected from its place of origin, which could germinate and grow; potentially bearing witness to a far more complex narrative of world history than is usually presented by orthodox accounts.

Daisy Hilyard – Ash
How can a person experience absence? This talk will use death, grief and extinction to think about presence and desire. It will give an account of how individuals of four different species (a cow, a human, a microbe and an ash tree) might end their lives, or have their lives ended. Death is experience outside memory: each of the four stories extends beyond that which an individual person might ordinarily expect to know, and in this sense it can help me to think about how to tell – or listen to – stories beyond the human.

Amanda Piña – Climatic Dances
Within the Endangered Human Movements series, a long-term research on the current planetary loss of cultural and biological diversity, choreographer Amanda Piña will present work in progress of Climatic Dances, which will come out at Tanzquartier Vienna later this year. The piece is inspired by the work of Mexican anthropologist Alessandro Questa, on two ‘traditional’ dances of the Northern Highlands of Puebla (Tipekajomeh and Wewentiyo) performed by indigenous Masewal people, in a context of climate change and mining exploitation in the region. ‘These so-called traditional dances stand in fact as creative social devices to visualize and intervene into socio-environmental relations, stressing the interdependence between all life forms in this mountainous region.’ (Questa) The work is an essay on the possibility of thinking the world, leaving the central perspective in favour of more eco-centric forms of imagination.