Online expo
These three works can be visited through the Beyond the Black Box-streamingpage, which you get access to after purchasing a dayticket.

Through her operatic performance Live, Laugh, Limerence, De Roovers questions the impact of how we culturally choreograph and organise the performance of love through heteronormative structures; the clichés of rom-coms, musical theatre, opera, karaoke and Disney.

Songs often attempt to describe how we feel when we’re in love, but in the describing, they are also prescribing; telling us how we should feel, creating norms we can compare to our own experiences. Opera specifically is filled with tales of violence; great passions tragically predetermined by social inequalities. These are usually crueller and more exclusionary towards women and other minorities, who occupy symbolically weaker positions.

Far from trivial, memes have been used to communicate political resistance and to develop a language, carrying the instructions for the reproduction of culture. Popularity and understanding are not default to progressive and inclusive memes. Rather, the simplification of the characters of memes rely on normative power structures, ultimately spreading stereotypical representations. Looking at gender in anonymous online spaces (where memes mostly circulate) we see they are more hostile and unwelcoming to anyone who does not identify as white and male. Sexualisation and objectification are far more common when social stigma can be detached from online actions.

In the series ‘niche content for frustrated queers’, De Roover affirms heteronormativity as the prevailing sexual orientation. But in light of Generation Y’s online pessimism and self mockery, she is inspired by memes like a.o. ‘distracted boyfriend’ ‘drake hotline bling meme’, ‘there are no girls on the internet’ and ‘fun with foucault’ to express a way of thinking that shows how institutionalized heterosexuality structures gender, as well as other stratification categories, and closes off any critical analysis of its consequences. The ‘unsuccesful’ (because non viral, niche) memes deal with ideas of a wide variety of (in this series) coupling practices (e.g., dating, parties, marriage, and heartbreak) that secure the intersection of several consequential social hierarchies including gender, class, sexual orientation and institutional power.” 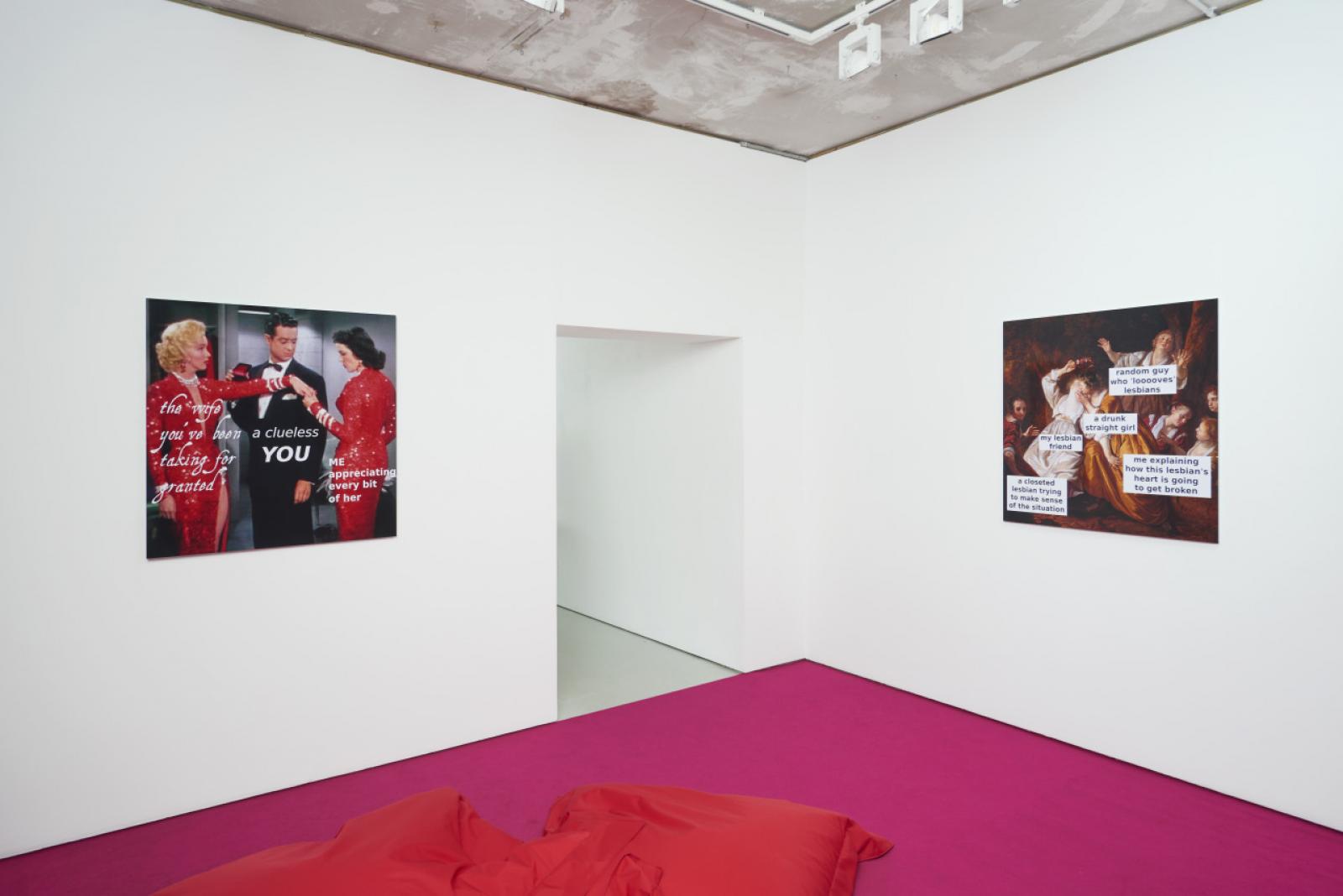 Beyond the Black Box

Dit programma is onderdeel van Beyond the Black Box.